This is part two of a three-part series on the use of the free service IFTTT to automate actions on the Pixel Phone, Google Assistant, or G Suite applications. In this episode we learn to use IFTTT with the Google Assistant available on our phones, tablets, and hubs. In the Addendum, I drop hints about a new Lenovo Smart Tab Android tablet complete with unboxing video! 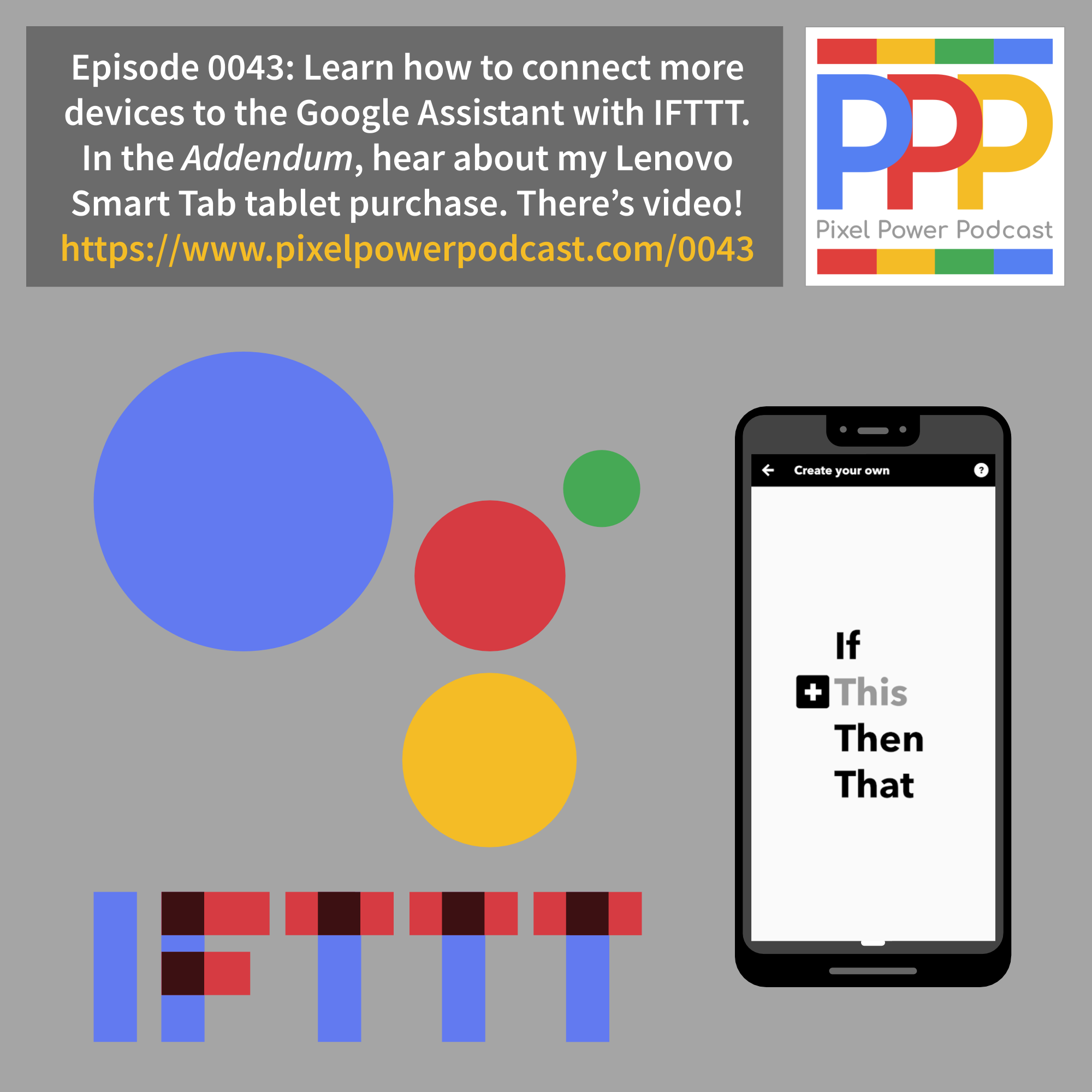 Last time we learned how to use IFTTT with our Pixel or Android Phone. Today we talk about using IFTT with the Google Assistant available on a plethora of devices.

You create applets from triggers and actions or select from a huge library of applets created and shared by other users. You should browse the library just to see what’s possible and generate ideas for your own applets. We’ll take a look at some toward the end of this segment.

IFTTT includes four triggers specific to the Google Assistant. It does not include any actions. Use the triggers to control other IFTTT service’s actions.

This trigger fires when you say, “Ok Google” to the Google Assistant followed by a phrase you choose. For example, say, “Ok Google, I’m running late” to text a family member that you’re on your way home.

Trigger 2 - Say a phrase with a number

This trigger fires when you say, “Ok Google” to the Google Assistant followed by a phrase like “Set Nest thermostat to 68.” **Use the # symbol to specify where you’ll say the number ingredient.

Trigger 3 - Say a phrase with a text ingredient

This trigger fires when you say, “Ok Google” to the Google Assistant followed by a phrase like “Post a tweet saying ‘New high score.’” **Use the $ symbol to specify where you’ll say the text ingredient.

Now that we know what actions are triggers are available, what are some recommended applets? Here are some I think you might find valuable with your Pixel Phone:

Learn more about how I use Todoist in episode 0017.

Community applets create functionality into the Google Assistant that are not currently available but should be. Some of these I found while researching this show and plan to use myself.

In the next episode we will look at using the IFTTT service with G Suite apps.

Use the following methods to share feedback on this episode: