This is part one of a three-part series on the use of the free service IFTTT to automate actions on the Pixel Phone, Google Assistant, or G Suite. In this episode we begin using IFTTT with our Pixel or Android phones. If you really want to up your Pixel-powered game, learn how to create IFTTT applets to automate functions on your phone. 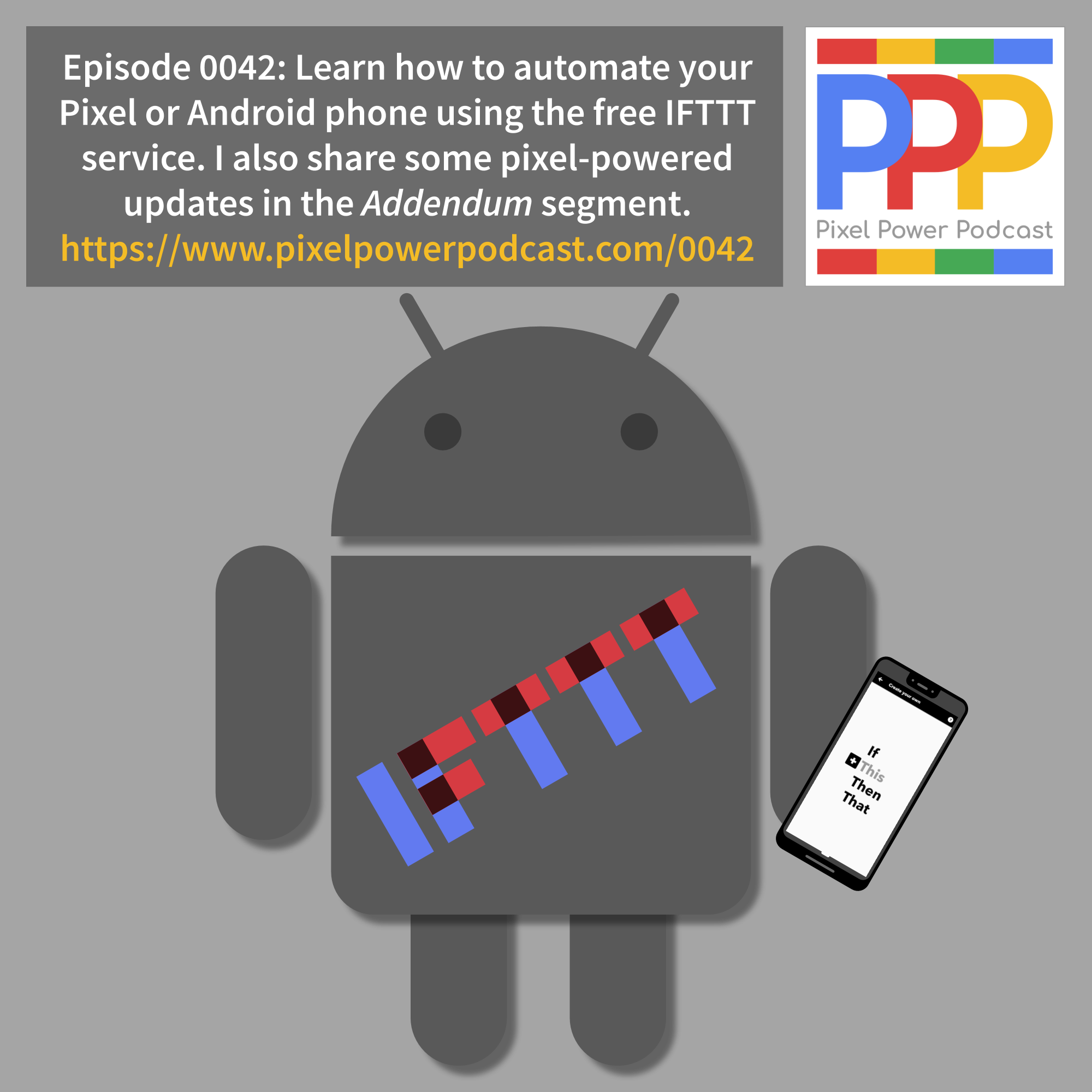 Sorry for the couple of days delay. Flu bug got me!

If you are not familiar with IFTTT, here’s a quick introduction:

You create applets from triggers and actions or select from a huge library of applets created and shared by other users. You should browse the library just to see what’s possible and generate ideas for your own applets. We’ll take a look at some toward the end of this segment.

IFTTT includes five services specific to Android phones as shown in the image below:

In order for these services to work, install the IFTTT app from the Google Play Store.

Services can provide both actions and triggers and some will only include one or the other. I will discuss both but below is an overview screenshot: 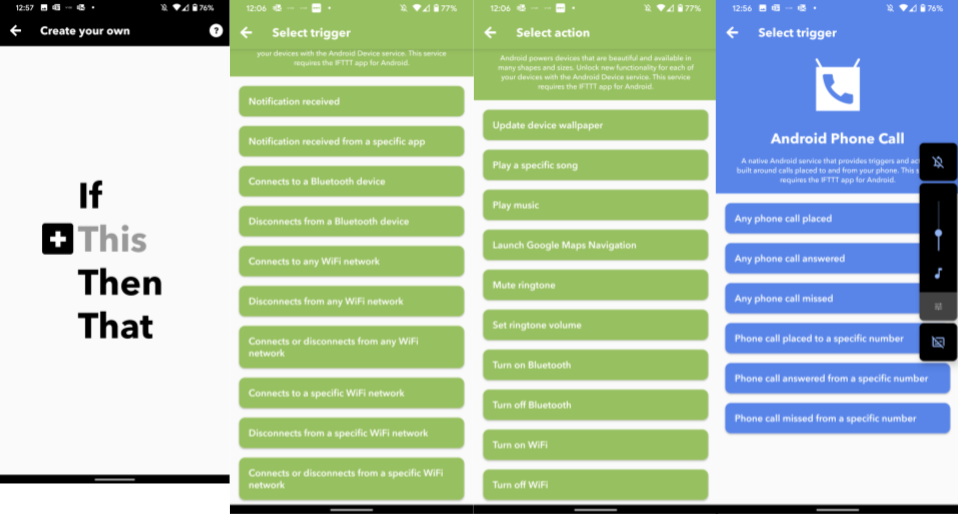 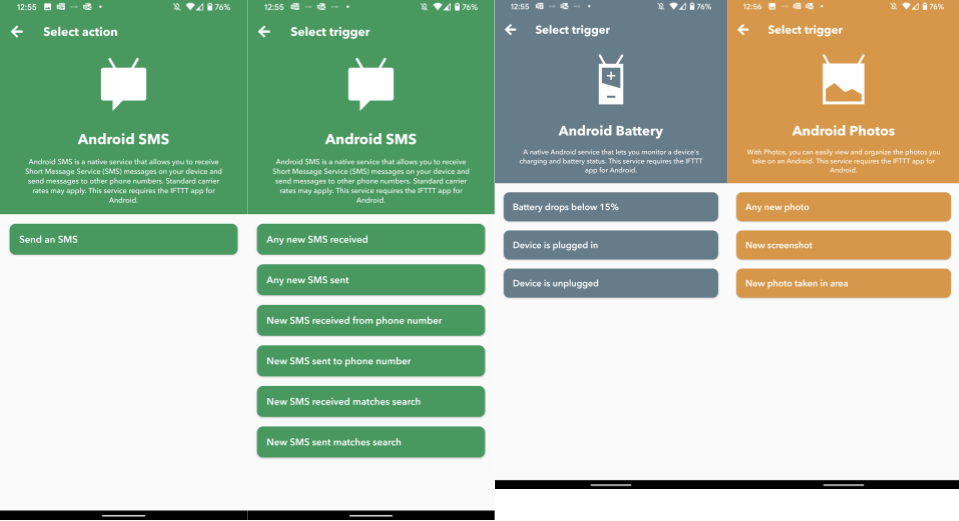 This service provides triggers based on the battery status of the phone.

This service provides both triggers and actions based on phone actions.

This service provides both triggers based on phone calls.

This service provides triggers based on photos.

This service provides triggers and actions based on SMS send or receipt.

Now that we know what actions are triggers are available, what are some recommended applets? Here are some I think you might find valuable with your Pixel Phone:

And that’s just a smattering of option designed to get you thinking about ways you can use IFTTT on your Pixel Phone to automate routine tasks or just have some phone.

In the next episode we will look at using the IFTTT service with the Google Assistant for even more useful applets.

Use the following methods to share feedback on this episode: