It’s Halloween and in this episode I share my new Treat (or is that Trick?); the new Pixel 4 XL (I don’t have a Pixel 4, so I can’t comment on that scary battery life controversy). Afterward, I have a whole lot to share in the Addendum segment including my new nickname, the deal I received on my Pixel 4 XL, and another Pixel related purchase I’m looking forward to receiving in November. 👻🎃⚰ 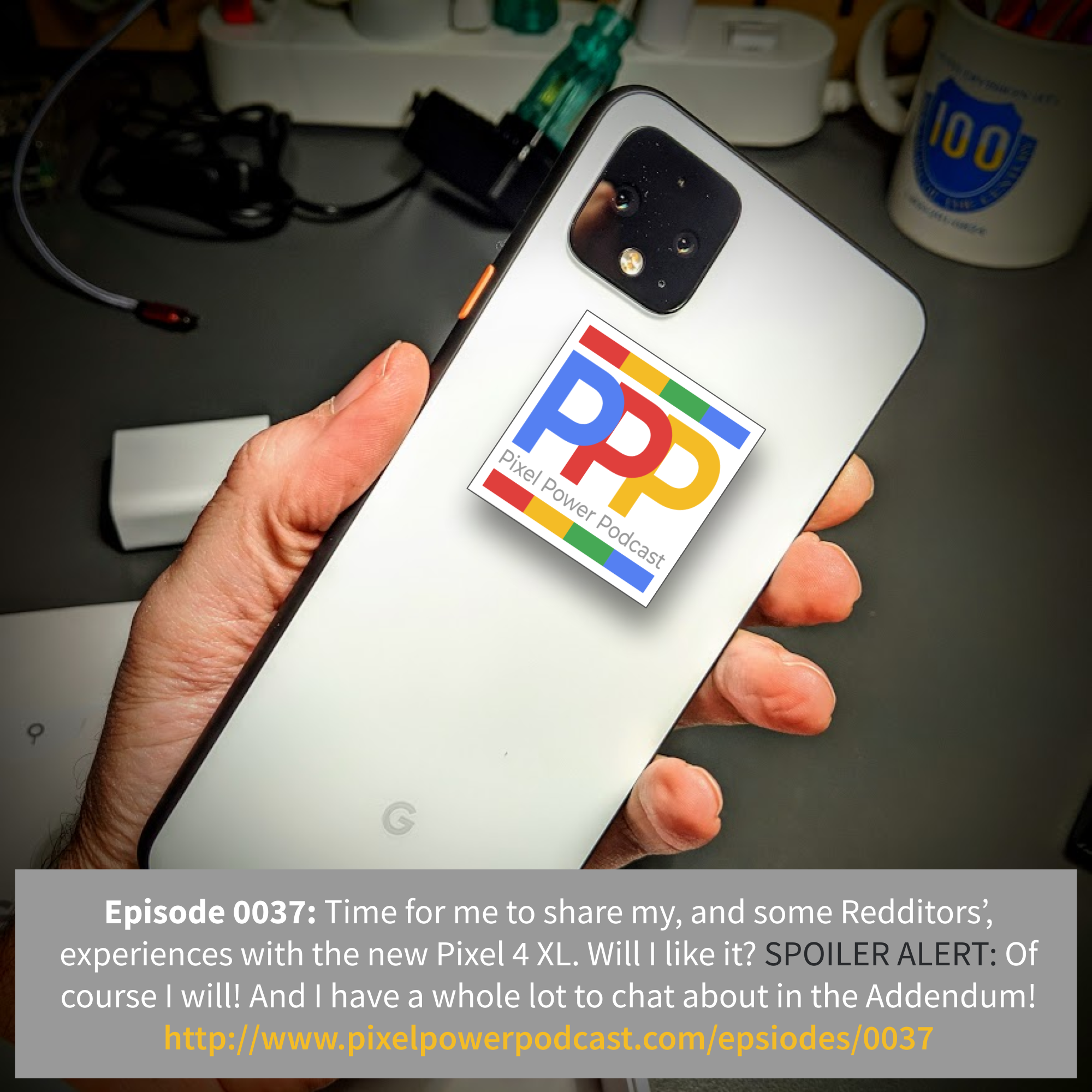 I will do my best to focus on my thoughts on the phone and not Android 10 (see episode 0027.