I take a half-time break in the six-part series of “My Favs” to share my thoughts on the Google Pixel Slate (m3). Regular listeners know I use a Google Pixelbook (i5) almost daily; however, for the past three weeks, I’ve used a new Pixel Slate exclusively. In this short episode, I share my thoughts. No addendum this week, but that segment will return in the next episode as I continue to chronicle my pixel-powered life. 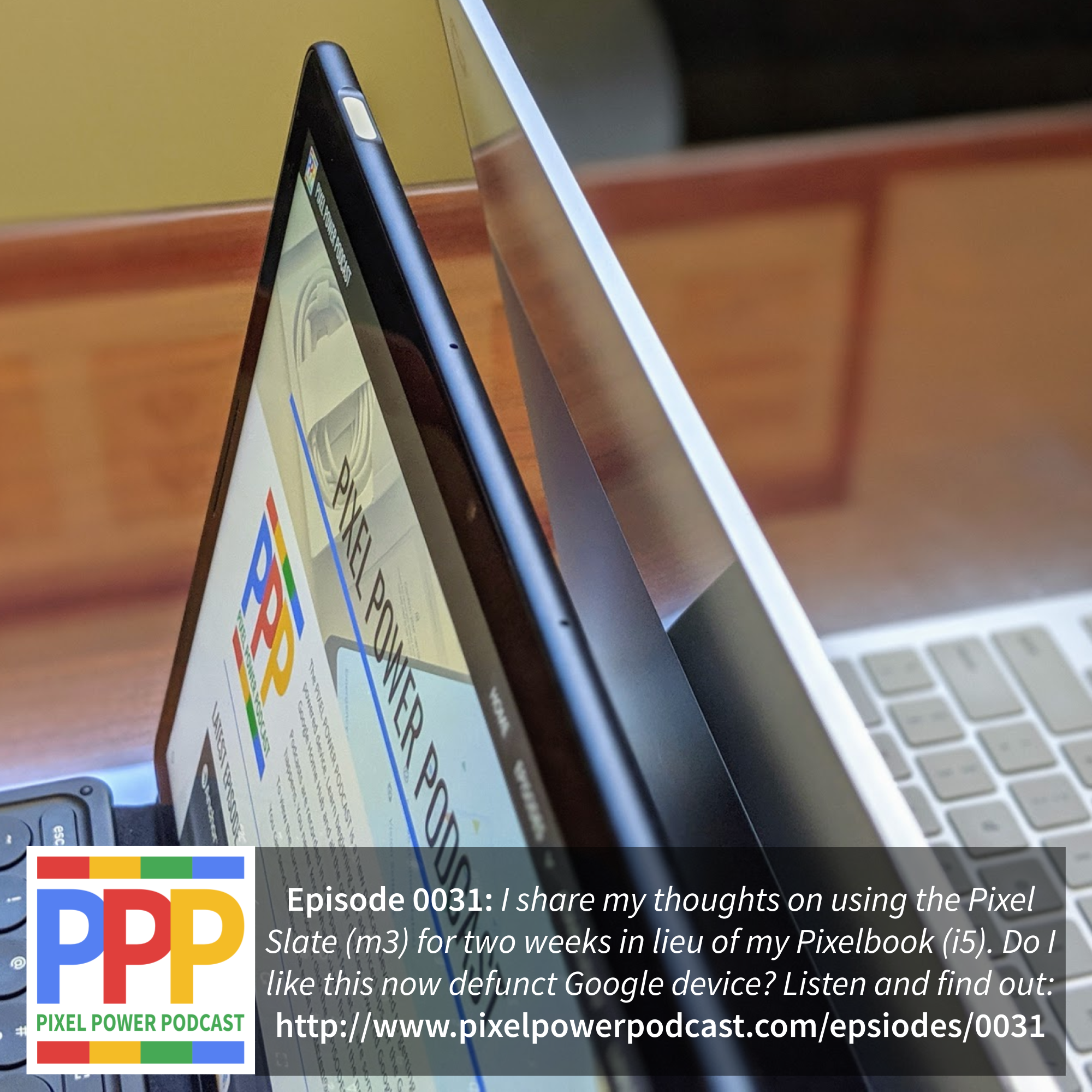 I take a short break from my six part “My Favs” series and sneak in this special half-time episode where I compare the Google Pixelbook (i5) with the Google Pixel Slate (m3). Complete show notes below (not in Google Docs this week). Images of my two devices are in the gallery below.

Click the image below to view a gallery of the two devices I created using my Pixel 3 XL’s camera: 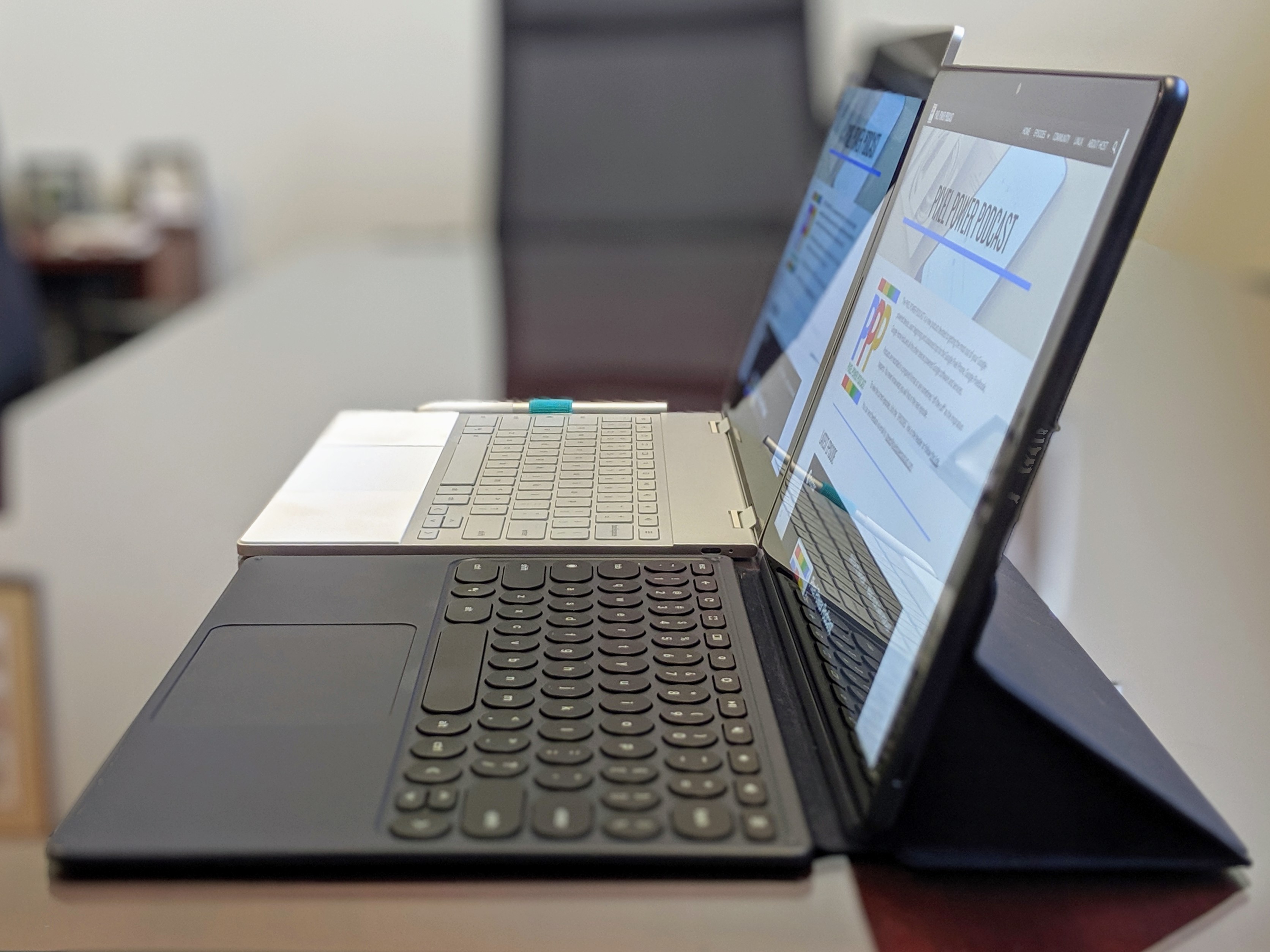 Should you purchase a Pixel Slate?