I’m finishing up my four part series on Chrome OS with an introduction to the basic Terminal commands every Chrome OS user should know. I’ll then share some fun commands and we will even learn how to watch a famous sci-fi film in the Terminal! This show is full of terminal-fu. I’ll end we a few thoughts in the Addendum segment and I’ll also share my latest purchase. 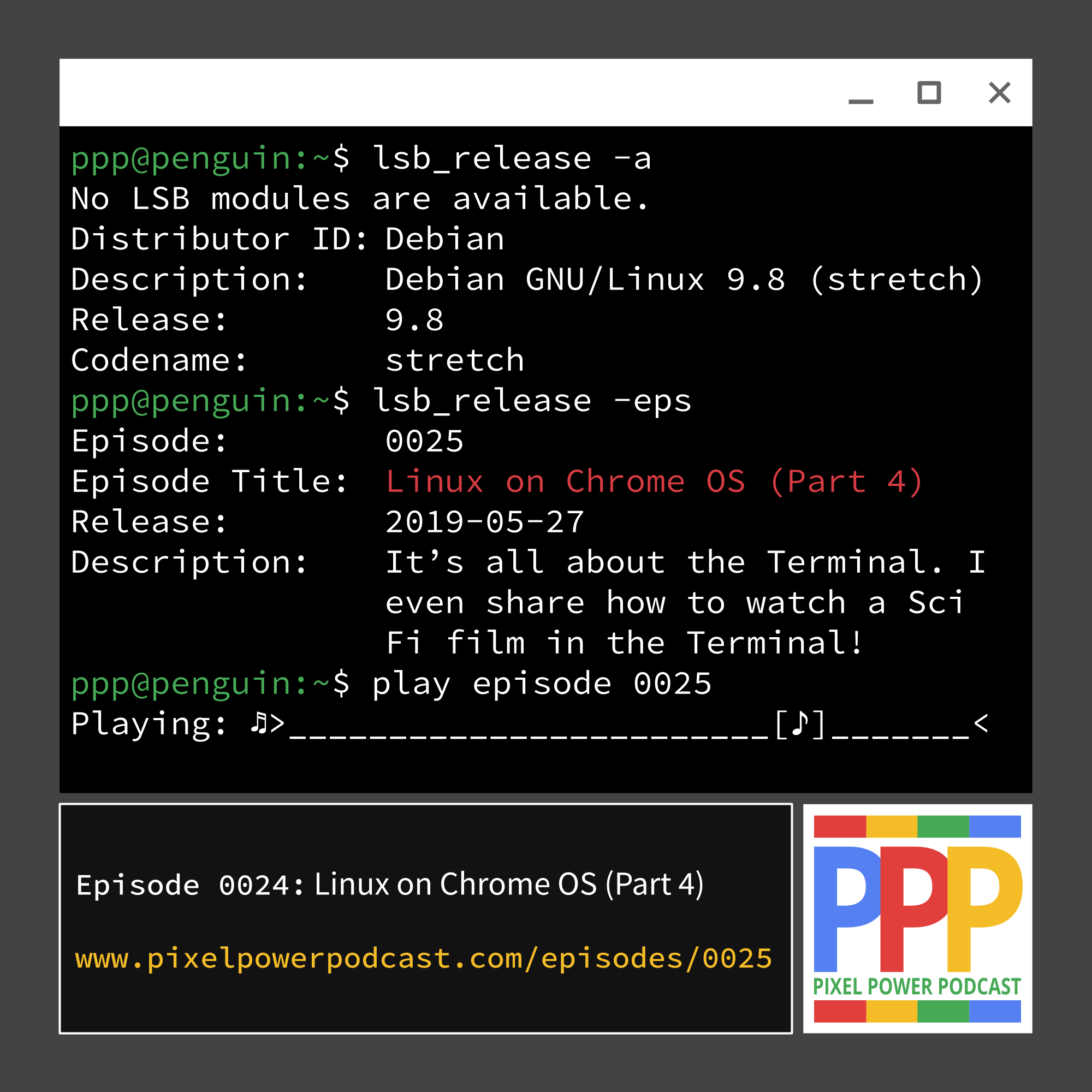 As promised in the show, the animated .gif on the right demonstrates my new BBC micro:bit go being used as rolling studio display device. I’m very pleased with the device and have just learned that includes bluetooth, temperature, light and a gyroscope. There’s a lot you can do with this little device!